When Amy Anonymous first started making online baking tutorials, it was a far cry from the esthetic glory of cooking videos today.

Shot with an amateur camera in her kitchen, the clips only captured her hands and the bowl she used, obscuring all identifiers from chiding eyes.

Such was the status quo for an expert weed baker circa 2005.

“I was a new mom and I didn’t want to lose my freedom for helping people,” she told CBC News.

She now has cooking tutorials, face in full view, on the Trailer Park Boys’ website Swearnet. She bakes baskets of weed edibles for celebrities and teaches cooking classes for patients who use medical cannabis. 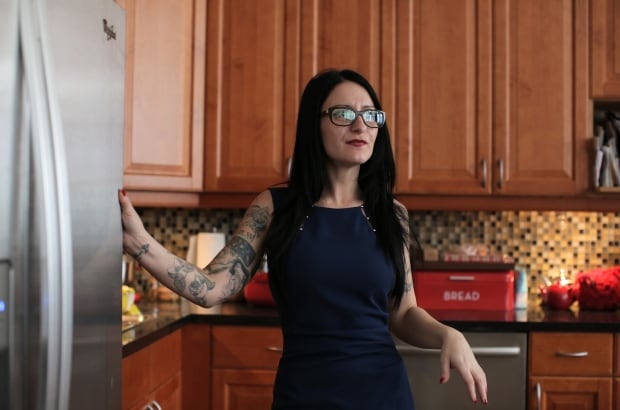 Amy Brown sends gift baskets of edible cannabis treats to celebrities visiting Toronto. She has racked up a wall of fame featuring her many Hollywood clients. (Paul Borkwood/CBC)

That’s all expertise that puts her in the perfect position to take a bite out of one of the cannabis industry’s most promising opportunities.

He argues that many “big marijuana” licensed producers have already eaten up much of the opportunity in cannabis production in Canada, leaving the edibles market as a much less crowded niche for newer or smaller businesses.