Why is Fyodor Dostoevsky considered one of the greatest novelist to live?
In his memoir, Ernest Hemingway claimed that he couldn’t get through any of his books because of how poorly written they were. And there is truth to that: Dostoevsky isn’t known for his flowery prose.
There is, however, something else to his appeal. He knew what it meant to live as a human being, day in and day out, over years and decades, in a way that very few writers have known and then managed to express.
A consistent theme in his novels is how individuals deal with themselves, their minds, when they have done something of consequence, usually negative, like committed a crime or an immoral act. Many of his characters go on to show expressions of guilt, loneliness, and isolation.
The subject matter that he details is often heavier than the things that may be directly relevant to our lives. But at the core of his exploration, all he is really doing is figuring out how our mind makes sense of ideas of belonging, connection, and meaning.
His argument is essentially that the way we relate to our self is deeply connected to the way we relate to a society of others and vice versa, and if one of them is out of sync, the other will be, too. To nourish this connection, as he writes in Brothers Karamazov, we have to practice honesty:
“Above all, don’t lie to yourself. The man who lies to himself and listens to his own lie comes to a point that he cannot distinguish the truth within him, or around him, and so loses all respect for himself and for others.”
At first, the way in which this relates to loneliness is unobvious, undefined, and unassuming, but as we hack away at the layers, something quite obvious, quite defined, and quite assuming makes itself known.

The Perils of Cultural Complexity
The term loneliness seems to originate from the 16th-century. Even then, it wasn’t until the next few hundred years that it propped up in art and media. There has always been something that it is like to feel lonely, of course, but the semantic usage shows its level of relevance over time.
Today, if you do a search of the term, you get 51, 700, 000 results returned in 0.34 seconds. If you care to dig deeper, you will come across thousands of articles about how we live in a world where loneliness is an epidemic, a public health issue, the defining state of modernity.
Many culprits have been identified: the disintegration of family and community ties, our migration to cities, the phone and the television and the radio, and everything in between. Beyond mere isolation, which is one part of it, what they all point to is the same thing: We live in a world of increasing cultural complexity.
In the African Savanna, say, 200,000 years ago — the ecology for which we evolved — we operated within small, nomadic tribes. There may have been some genetic differences between you and your friends and your family members, but broadly, due to the simple and uniform culture you lived in, you were all fairly similar, with complementary selves.
Now compare that to a world in which we have the internet. Every single culture, from every corner of the world, is accessible to you every moment of the day, just like it is to everybody else. The level of connectivity we have means that there is a mixing and matching of cultures that creates immense diversity in individuals and their exposure. And the result?
The formation of our self, our identity, as we grow in such a world makes us very different from everybody else in both subtle and obvious ways. While this has benefits, it means that on a deep, spiritual level — the one that it takes to truly connect with someone — we feel alone, because no one quite understands us the way we would like them to understand us.
While, yes, loneliness can be a product of isolation, the kind of loneliness that many of us feel in a world where we are increasingly connected has more to do with the fact that our modern culture has mentally separated us from each other than it does from a simple lack of interaction.

Reconciling Our Fragmented Selves
The fact that we are all more unique today than we have ever been isn’t a bad thing. In fact, depending on your values, it’s a great thing. And being different in itself also isn’t why it’s hard to connect with people.
In Dostoevsky’s novels, whenever a character deals with committing a crime or with knowingly causing suffering in the world, it’s never the outer reality that punishes them. It’s their own psyche.
Even if no one else in the world knows about what they did, they still have to hide it from others, and eventually, try to hide it from themselves. This simple fact — the realization that they can never truly be honest with someone, never show their whole self to them — makes them feel alone and isolated even when they are surrounded by people who suspect nothing wrong.
This is an extreme example, but in many ways, modernity, with its complex cultures and its technological connectivity, has created a fragmented reality in which we can’t get away from this problem, either.
You are a different person at home than you are at work. You are a different person offline than you are online. You are a different person in one sub-culture in your life (say, a book club dedicated to science-fiction) than you are in another one (say, a Sunday league where you play football).
Due to various social norms, we have to hide some parts of ourselves in front of certain people and in certain places, which — again — isn’t itself a problem, but the simple habit of doing so generates subtle lies that we tell both ourselves and other people. And eventually, these lies begin to build on each other, leading to a number of fragmented selves that don’t integrate.
A true connection with someone occurs when you show them your whole self, as they show you theirs, warts and differences and all, simply accepting that not everyone is going relate to it. Modernity, unfortunately, makes that very difficult with its various, complex norms, in spite of the fact that we are now superficially connected all the time.
If we don’t actively work to reconcile our different parts into a cohesive, integrated whole that we expose to the world, in complete truth and honesty, then we are not going to find what we are looking for.
Before you accept the company and the connection of another person, you have to first do the work to accept yourself.

A Case for Honesty
The irony here is this: It takes a lot of isolation and solitude (which can lead to loneliness but is usually not the root cause) to develop the self-awareness to see that all of this is playing out beneath the surface.
Today, we are all a product of an infinitely complex combination of cultures that come together at specific points in time, at specific places, at every moment in our life, to create our sense of self in a way that is hidden. As a result, even we don’t know who we are.
In this sense, solitude is a gift. It lets you see what’s there when you aren’t being influenced by your relationships to those around you or to other distractions, giving you a chance to objectively observe how the different parts of your identity conflict with one other.
Instead of managing your image or your brand in a situation, you are forced to reckon with the person behind the appearances: the lies you tell both yourself and other people, the shame you feel, and everything else that your mind does a great job of hiding when you are not paying attention to it.
None of this is easy, and none of it feels like an antidote to loneliness, but a strange thing happens when you face what you have been avoiding: You start to slowly respect and value the real person underneath, no longer needing to be dishonest about anything, thus opening the door to connection.
Naturally, real honestly and a lasting connection require the participation of two reciprocating parties willing to bare themselves, which isn’t entirely up to you, but it still has to start with how you relate to yourself.
In Dostoevsky’s novels, any time one of his characters give in to the guilt of their falsehoods and remove the psychological burden that weights down their life, they find themselves feeling freer than they had been before, even if they are punished for their confessions later on.
In this same way, we feel lonely when we hide our selves, or when we don’t know our selves, and the solution isn’t to add more superficial connection to our lives; it’s to become who we already are. 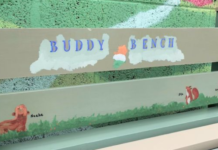 How to redesign cities to fight loneliness