A massive fast-moving lava flow consumes everything in its path. The flames from the remnants of one home burn on the left as the lava nears another home on the right. The ongoing eruption of Kilauea is the largest in decades, destroying more than 40 homes to date, and displacing thousands. 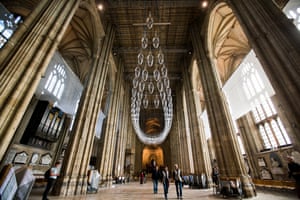 An installation at Canterbury Cathedral of 100 baubles for a new exhibition, Under an Equal Sky, that will hang from the nave ceiling. The exhibition reflects on themes of war and remembrance, migration and refugees and marks 100 years since the end of the first world war. 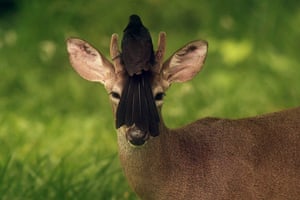 A bird rests on the head of a white-tailed deer roaming free in San Jose Villanueva. 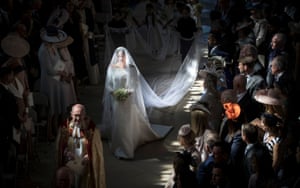 US actor Meghan Markle walks down the aisle in St George’s Chapel, Windsor Castle, during her wedding to Prince Harry.